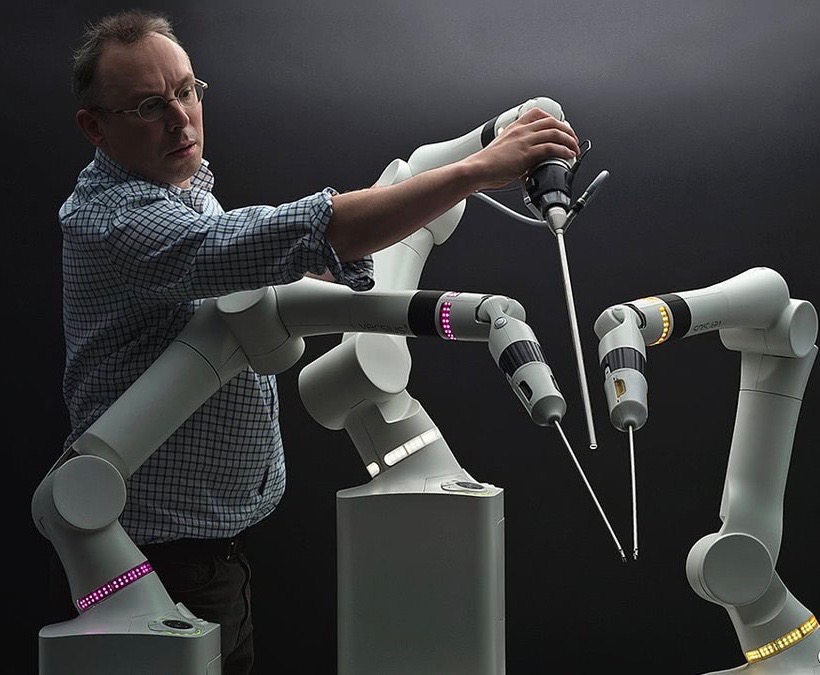 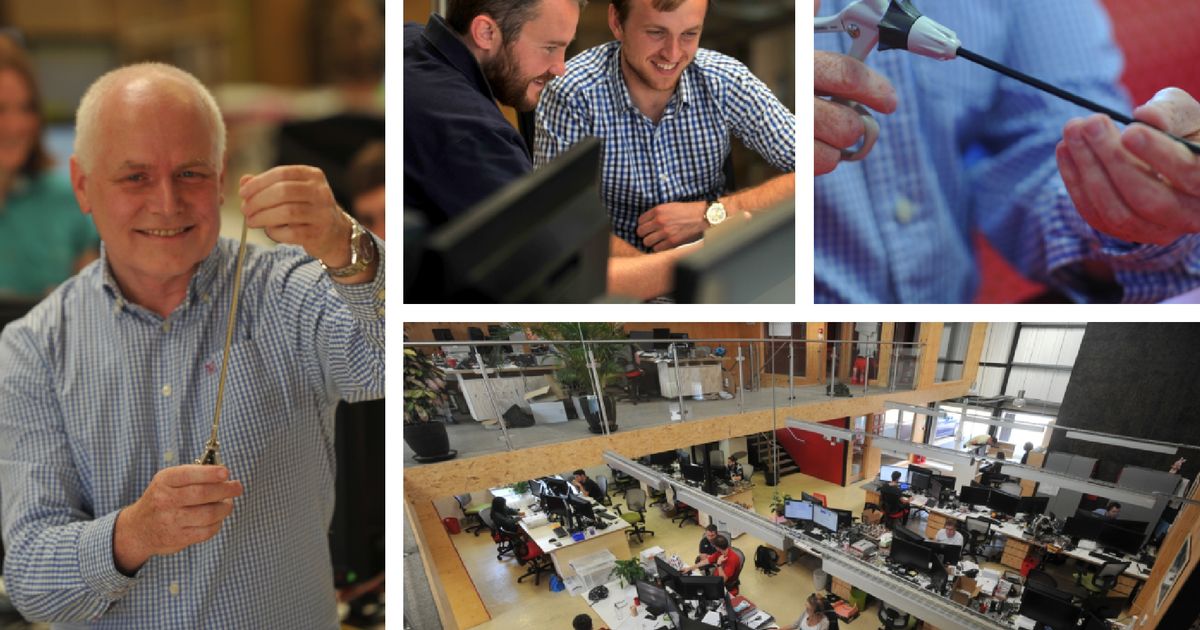 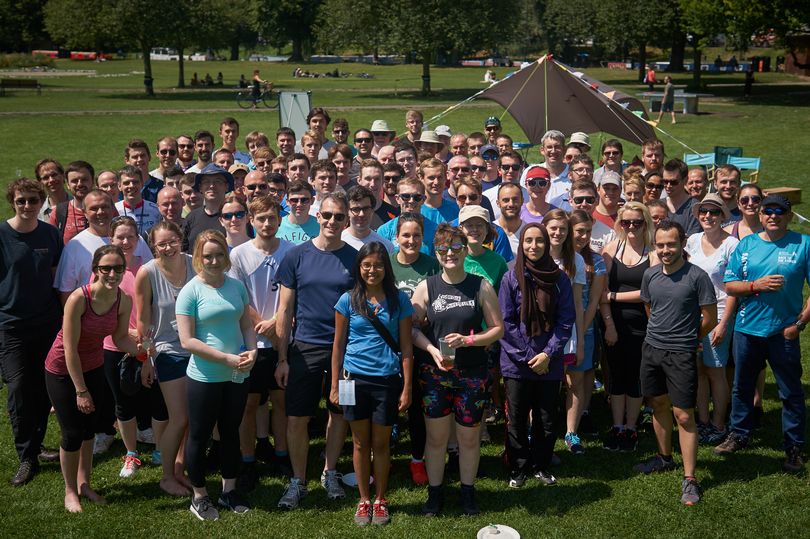 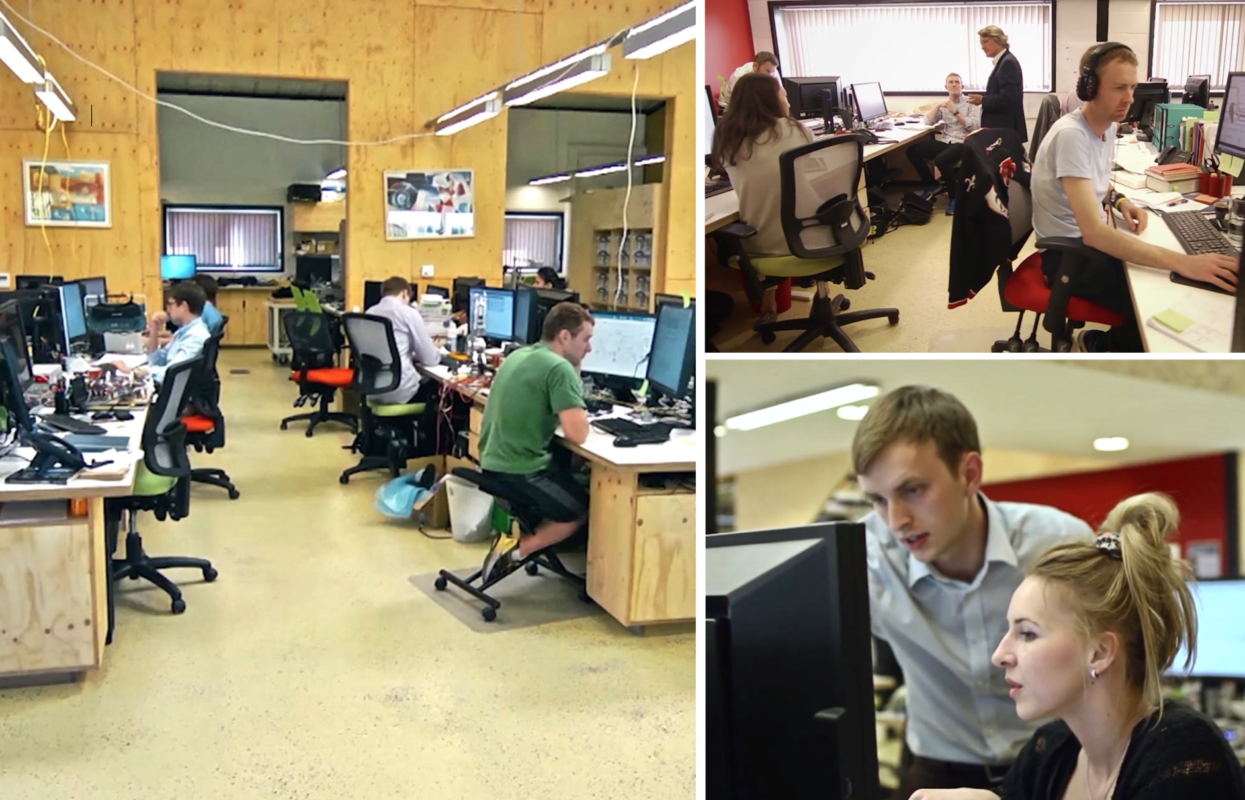 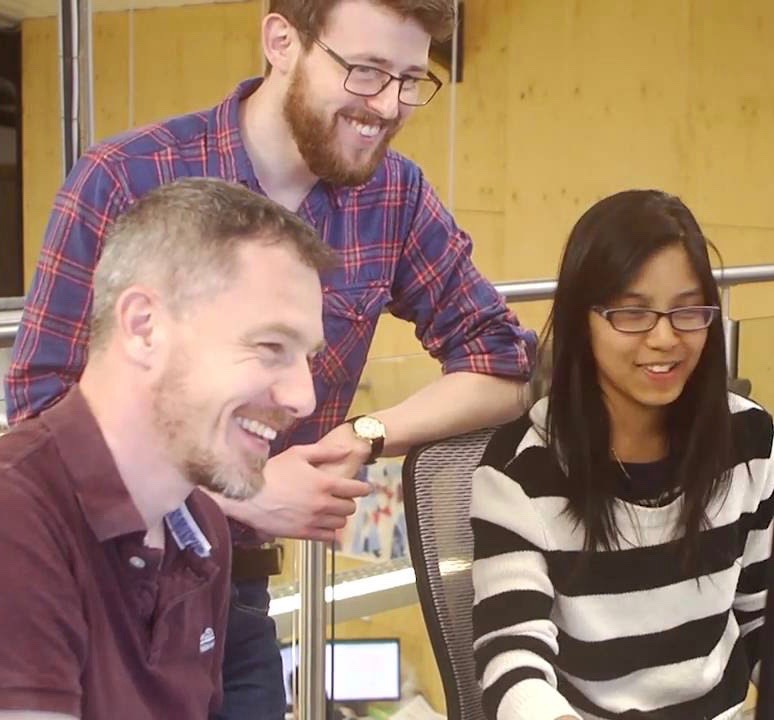 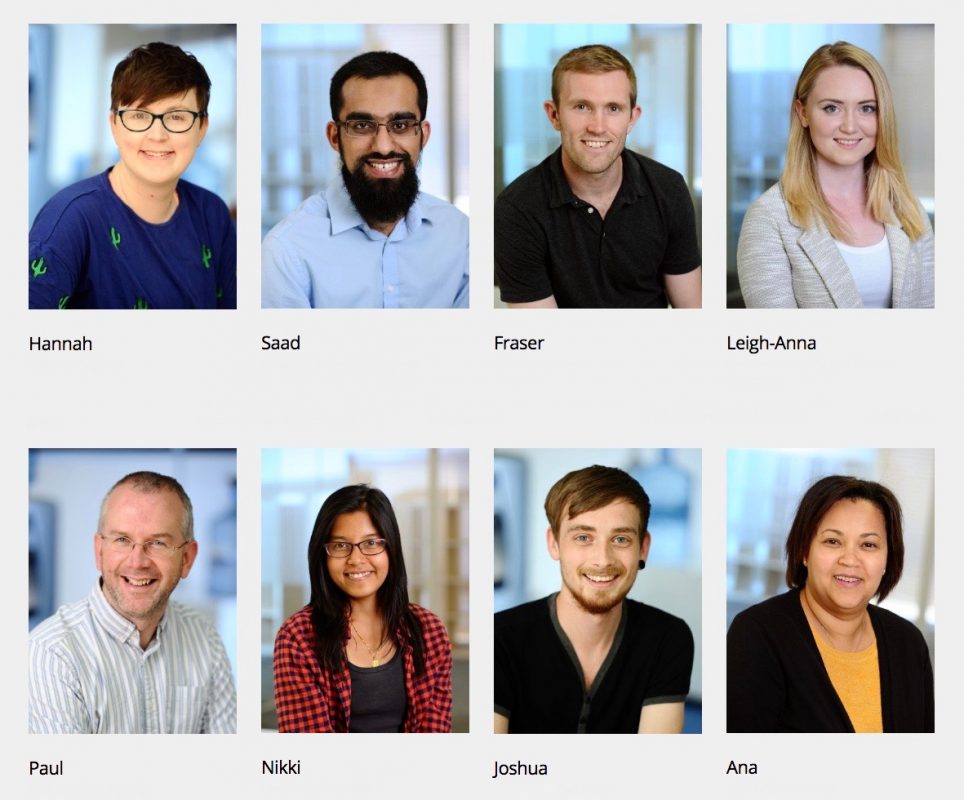 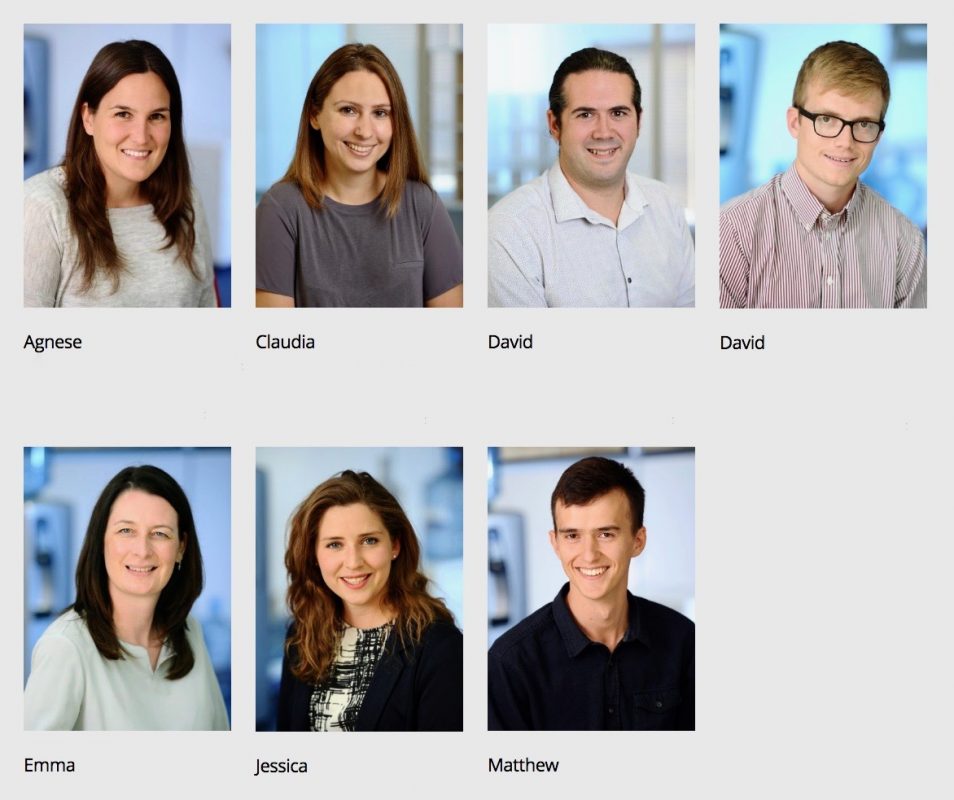 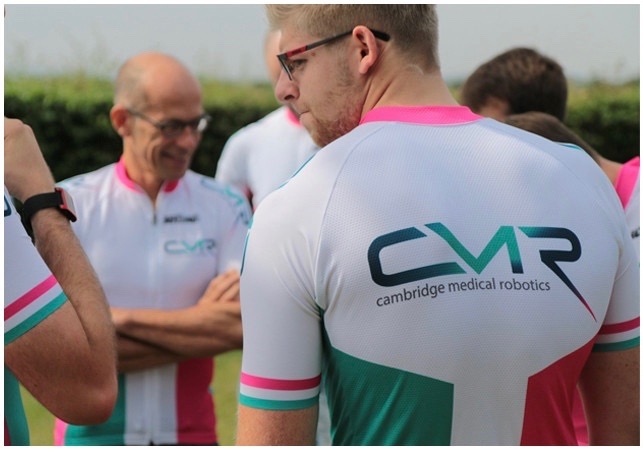 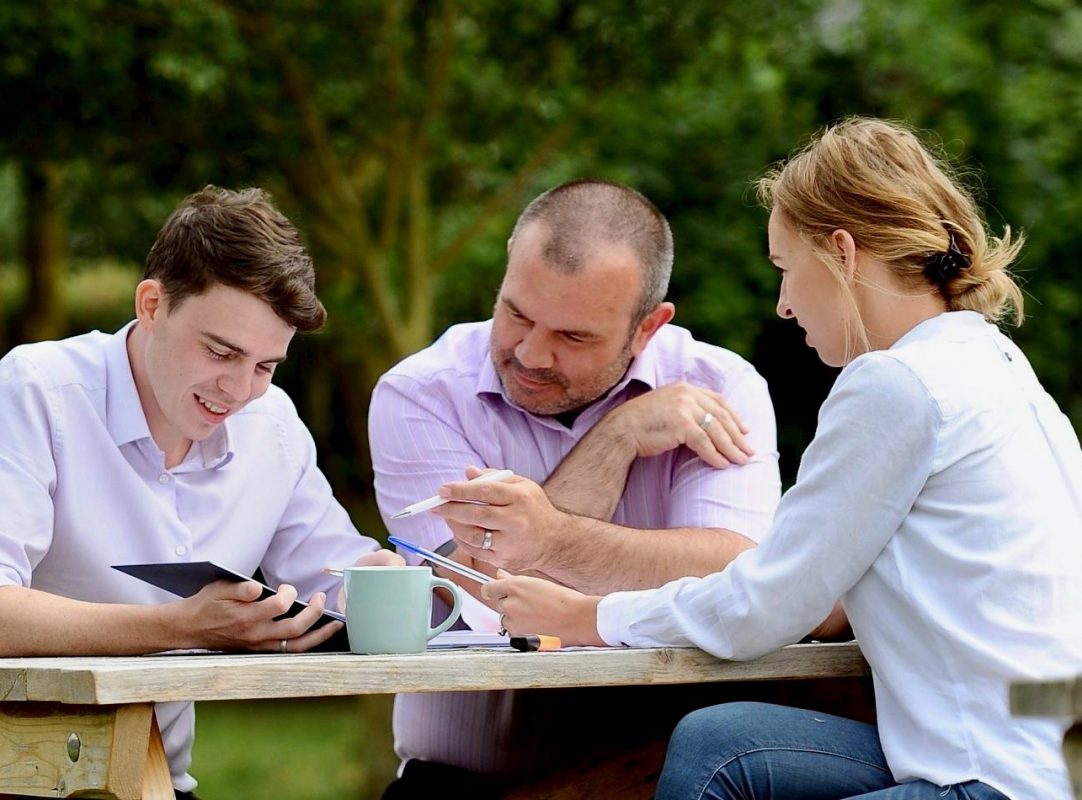 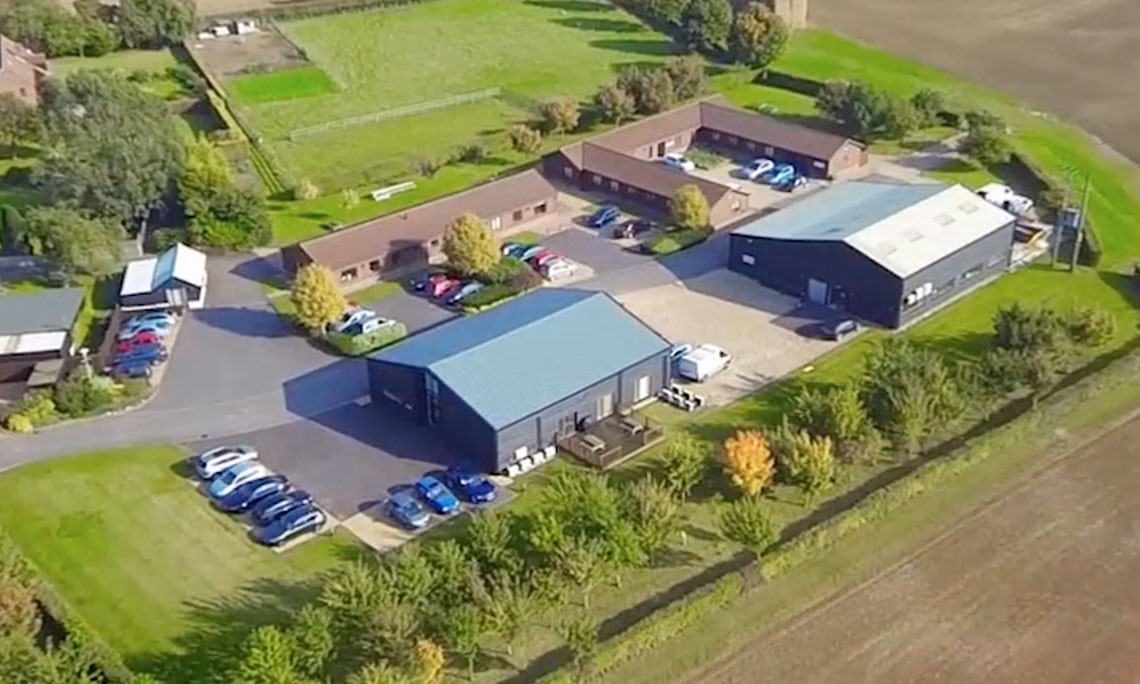 At Cambridge Medical Robotics, they are on a mission to bring the benefits of minimal access, or keyhole surgery as it is often called, to millions of patients each year.

They aim to do this through robotic surgical systems.

Currently, there are about 6 million open surgery operations a year which could be performed using keyhole surgery. The big problem is that it is an incredibly tricky technique to master and is both mentally and physically demanding for the surgeon.

By using robots, the aim is to reduce the strain on the surgeon and also speed up their training. Robots can ensure pinpoint accuracy, and they don't suffer from fatigue.

Robots have been used in factories for many years, usually repeating the same very accurate task over and over again. Using robots for medical surgery is entirely different because each patient and their medical needs are unique. The common link is that both types of robot must work very accurately.

CMR's approach has been to face up to all the challenges that have hitherto been blocking surgeons being able to use robots to assist them. It is designed to be compact, highly-versatile, cost-effective and most importantly, easy-to-use.

CMR's vision is to have robots assisting surgeons in every major hospital around the world.

The 40 years since the first Keyhole Surgery has shown that its benefits to patients, doctors and hospitals are enormous.

The big problem is that it is incredibly difficult. Try to imagine holding and accurately controlling long probes deep inside a patient's body while at the same time carrying out complex surgery. It is incredibly tiring and mentally demanding.

Robots can ensure pinpoint accuracy, they don't suffer from fatigue, and the patient benefits from a less invasive operation with a lower risk of infection and almost inevitably can go home sooner, so freeing up the beds for other patients.

Solving those many challenges are what keeps everyone at CMR motivated.

It's a big challenge, but everyone understands the enormous social value in getting it right.

The work culture is relaxed, but all work hard, with a passion for creating entirely new technologies. It's an exciting time for each individual.

CMR  brings together some of the very brightest minds in the field. Surgeons, mechanical engineers, electronics designers, software developers, hardware engineers, materials engineers, ergonomists, microbiologists, manufacturing specialists, researchers, are just some of the team skills that combine for such ground-breaking development.

From recent graduates to those with extensive project experience the team is highly collaborative and inclusive.

All are motived by the idea of creating designs with real benefits to millions of people around the world.

There aren’t many places in the world you can do this actually, but Cambridge is one of them.

It's a team that works hard and plays hard too with lots of outside activities supported by the vast range of cultural events that the local area offers.

Everyone at CMR knows they are creating totally new technologies which will have significant benefits to patients and life-saving medicine around the world.

CMR is growing fast and is always on the lookout for talented, curious and passionate people who want to share in the goal of making surgery better.

For some, it's the chance to join a company that plans to make a difference for millions of people undergoing surgery each year. For others, it's about developing some of the coolest technology on the planet.

Some people see a young rapidly growing company as a great place to accelerate their career, while others simply want to be part of a friendly team-focused culture.

All videos and photos by Cambridge Medical Robotics 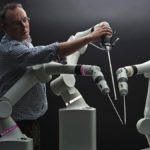 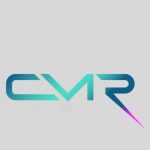 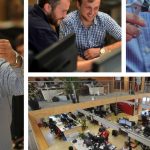 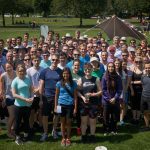 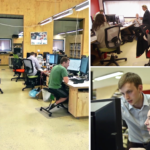 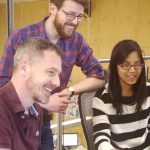 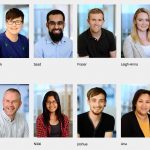 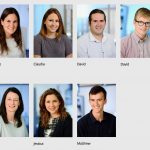 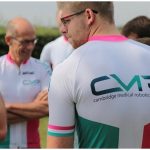 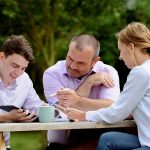 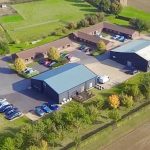